Jim Maloney, aka Dana’s husband of 38 years, would tell you the “luck of the Irish” has been a constant through his life. And when you’ve talked to him, you believe it.

Born in Austin, Minnesota in 1958, Jim has multi-generational roots in the Irish-Catholic community of southern Minnesota. He was the middle child of industrious parents whose own grandparents came to America and settled in Minnesota during the Irish Potato Famine of the late 1840s. Jim’s parents worked hard to give their 3 children many of the things they hadn’t had growing up. Although his dad worked in the Hormel meat packing plant for 36 years, he always made time to take the family fishing for a whole week every summer. Jim continued the tradition with his own 3 boys as they were growing up. And now he lives on Mobile Bay! 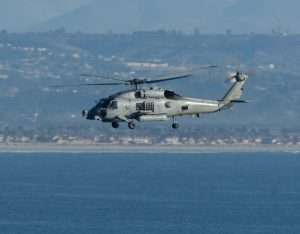 At the age of 5, Jim visited the United States Air Force Academy and decided then that he wanted to be an aviator. Jim’s mom encouraged his young dreams, especially that of becoming a pilot one day. Jim applied to all the military branch’s academies and ROTC programs. The competition was fierce and Jim received two ROTC offers and one offer from the United States Naval Academy prep school. With his Mom’s encouragement he selected the prep school option. After prep school Jim was offered a 4-year scholarship at the United States Naval Academy. Jim graduated in 1982 and went to flight school in Pensacola, FL and through a stroke of luck ended up as the first student naval aviator in the Seahawk helicopter program. 1 Jim flew helicopters for 10 years for the Navy and also served in Desert Storm. 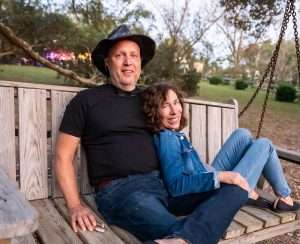 So where does the lucky-in-love story of Dana and Jim begin? In 1984– with luck! When Jim was training in Pensacola, a friend of a friend introduced them at a party in Huntsville, AL where Dana happened to be living. According to both of them, the attraction was instant and mutual! Nine months later they were married and on their way to Coronado Island in San Diego for Jim’s advanced training. The Maloney’s were transferred to several cities in the US, and their first two sons were born in Jacksonville, Florida. Shane was born in 1987 followed by Dylan in 1988 before Jim and Dana were transferred to Japan where Zach was born in 1991.

After 10 years in the Navy, Jim pursued a career in the private sector and began a 26-year career with Microsoft as a Relationship Manager handling large business accounts. During this time, Jim and Dana settled into the city of Charlotte, NC where they bought a small 3 bedroom, 2 ½ bath house to raise their boys. They quickly renovated that house to a 5 bedroom, 3 ½ bath house. Jim calls Charlotte an energetic city full of excitement and great schools, and the Maloneys lived a low-mileage lifestyle in the beautiful downtown area of Charlotte. In 2014, Jim & Dana bought and moved into a condo and put their house on Airbnb. Dana achieved Superhost status every quarter in Charlotte. 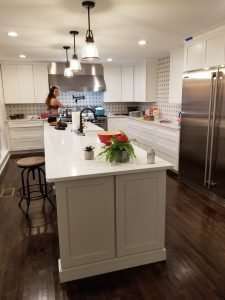 By this time, the boys were all grown up and scattered around the country. In 2017, Dylan married a lovely Mobile girl named Maegan and soon their first child, Beatrice, was born. With the boys gone, Jim close to retirement, and Dana ready for adventure, they decided to move to the Mobile area to be close to Dylan, Maegan and Beatrice and to be part of their granddaughter’s life as she grew up. As luck would have it, the property now known as Jubilee Suites was on the market and the couple took possession on January 15, 2018. After tons of work, including Jim’s complete redesign of the catering kitchen, Jubilee Suites opened on March 15, 2018 with their first guests.

Fast forward to today and Jim has fully retired from Microsoft and has taken on the position of VP of Operations for Jubilee Suites. His Microsoft experience makes him a natural to manage all the online technology– internet, wifi, smart tv’s, security, electrical, booking software, pricing, VRBO, Airbnb and many other administrative areas. He is also the go-to guy for setting up the firepit for nightly sunsets for the guests, repairs and upgrades to the suites, and he loves his zero-turn mower! Dylan and Maegan now have a second daughter, Ann Alice, who adores her grandparents.

What does Dana say about Jim? “He’s my rock. He’s the voice of reason and a steady, calming influence on the business. He loves to drive and I love to ride with him anywhere. And after 38 years, I still say opposites attract!” He’s a lucky man. 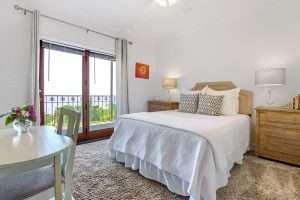 Come meet Jim Maloney and the whole crew at Jubilee Suites the next time you’re in Fairhope, AL. If you need a place to stay, we’ve got it! See our suites here and book direct on our website.

1 According to https://www.military.com/: “The SH-60 Seahawk is the U.S. Navy version of the UH-60 Blackhawk and is the primarily medium utility helicopter in the Navy’s fleet. The Seahawk is a twin-engine helicopter. It is used for anti-submarine warfare, search and rescue, drug interdiction, anti-ship warfare, cargo lift, and special operations.”

Serving Southern hospitality to everyone we meet. Our motto is, "There's a Jubilee happening every day. You just have to look for it!"